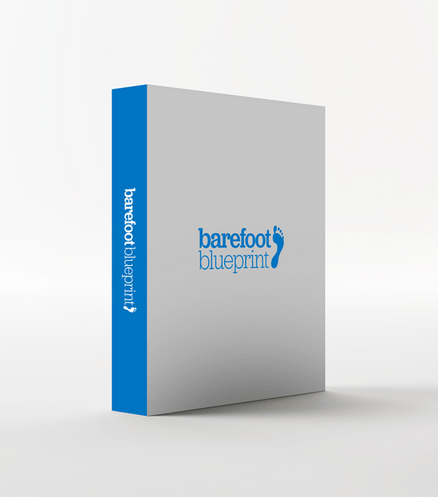 An Investment Newsletter For Wealth Builders

Treading Their own Path to Above Average Wealth

Let me level with you on one thing. You will never

No matter what the hustlers tell you, it just isn’t

But there is a Blueprint to true wealth – a slow, steady, safe method that, over time,
turns trickles of money into raging rivers.

Want to see how it works? Read on…

Close your eyes a moment. Actually, that’ll make it hard to read – leave your eyes open, but I want you to do something for me. Don’t worry – I think you’ll enjoy this.

I want you to picture a life without any financial stress. If you don’t know what that looks like, let me paint you a picture…

When the weather turns ugly, you plan a holiday to Bali, without wondering where the money will come from. Sounding good?

Sick of your boss? Let him know just where he can put his job – because you’ve got enough socked away to afford a few months leisure, looking for the dream job that has (until now) eluded you.

Maybe you’ll even wind up working for yourself, with no boss at all. That’s the choice I made, and trust me, I haven’t regretted it for a second!

Imagine going shopping without a pit of fear in your stomach, wondering if you’ll overdraft this month, or add another digit to your credit card debt.

Picture being able to afford to buy a nice new HDTV… and then mounting it on a wall without worrying about security deposits, because you own the wall!

Have kids? Tell them they can do anything, knowing full well you’ll be able to afford whatever fancy uni they get into… and maybe even spoil them with a year’s walkabout after. And when misfortune befalls someone you love – when illness or injury strike – you can put the rest of life on hold without worrying your financial ship will sink.

That’s the sort of life that everyone deserves. Unfortunately, most people think it’s reserved for people who wear suits, carry briefcases, and enjoy cigars and liquid lunches. Or those born into wealth.

When you decide to hang ‘em up and retire, it shouldn’t be a superfund balance that determines your future. If you do something about your future today, retirement doesn’t have to be an awkward boot out the door from your employer, complete with gold watch, and a one-way ticket to claim the pension. You can do it on your own terms… and we can start right now.

I know –this sounds like the kind of promise you hear from every get-rich-quick character out there… not to mention a few ‘legit’ financial planners too!

That’s not what I’m doing here. In fact, this is the opposite – I left that world because I couldn’t stomach the way it treats clients. I believe people deserve to know the truth about their finances. Afterall, you’re the one slogging away at the old coal mine to earn it.

Instead of figuring out how to bleed people –I want to show them how to help themselves.

Folks with a bunch of letters after their names like to make personal finance sound complicated. They like to obfuscate by using specialised language when plain language would do better (like saying ‘obfuscate’ instead of ‘confuse’!)

I’ve got a few words for those people…

By teaching you what the insider’s know… showing you the common-sense principles that are behind amassing true, real wealth… I’m going to show you exactly how to take control of your financial destiny.

When I’m done, you won’t even need me anymore (though I hope you’ll think of me fondly). When I’m done, not only will you have complete control of your financial destiny – but you’ll never lose your way again.

It won’t happen overnight. Outside the lotto, there’s no such thing as get-rich-quick.

But that’s also the secret to the success of this Blueprint. If you’ve got the patience to follow through on it – and not everyone does – but if you do, than I can show you how anyone can become a millionaire.

And while it may not happen overnight, it won’t take your whole life, either. And you won’t have to live like a starving artist in the meantime.

In fact, if you follow the Blueprint successfully, you’ll have more cash in the bank… have more time free to spend how you like… and more chances to treat yourself too. In short, I can show you how to turn almost any amount of income into a safe, steady path to a million dollars.

And over the next several minutes, I’m going to show you exactly why I can make this bold promise, and exactly how we’re going to put seven figures in your pocket.

But first – why should you listen to me in the first place?!!

It won’t happen overnight. Outside the lotto, there’s no such thing as get-rich-quick.

Who Am I? And Why Should You Care?

My name is Scott Pape – though you probably know me as the Barefoot Investor.

Look around the financial news, and you’re sure to see me pop up – whether on TV, or one of my weekly newspaper columns syndicated around the nation, or helping Richard Branson get his Aussie venture off the ground, or kicking back with Warren Buffett, or explaining the ins and outs of tax policy for the Australian Government.

I’m the go-to man for journos on TV and in print when they need finance explained in simple language, and the go-to man for wealthy individuals like AFL players, or powerful organisations like the Australian Securities and Investments Commission (ASIC).

What is important, though – and what has made me one of the most trusted financial advisors in the country – is that, even though I work in finance, I’m not really part of the system.

I grew up in Ouyen (never heard of it? Don’t worry, no one else has either). I chased the bright lights in the big city and, as soon as I made enough money, bought my own farm, where I now live and raise sheep (and a family).

I’ve never been about the newest tech toy or the fanciest car like a lot of the people I’ve worked with – for me it’s always been about financial freedom.

It may sound corny, but it’s absolutely true – I don’t much care for designer digs or swanky suburbs. I care about freedom…

The freedom of living without debt hanging over my head … or worrying about how I’ll pay my next bill. The freedom of owning my own home outright … and knowing, when it’s time for me to whack on the gold watch, I won’t have to second-guess if I’ve saved enough to retire.

I don’t have that black shadow hanging over me. And you know what? Neither do the thousands of people who’ve kicked off their shoes and walked with me over the past decade.